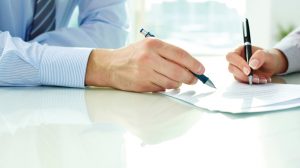 By Mike Ritchie – Reusable material being dumped into landfill is the real problem. Australians use more than four billion plastic bags a year and most of these end up in landfill. But they represent only 20,000 tonnes of waste or 0.1% of Australia’s landfill waste. Read more

By Christine Ahern – Mike Ritchie from SITA Environmental Solutions says $4 billion of investment in national waste management infrastructure will be needed in order to meet state government waste reduction and recycling targets. He also called for governments to prioritise the phasing out of degradable organic carbon to landfill. Read more

Getting Rid of Plastic Bags is a Good Start

By Mike Ritchie – Reusable material being dumped into landfill is the real problem. If you’re left holding a handful of plastic bags after you do a big supermarket shop and you don’t feel guilty, then you might be as impervious as the plastic bag itself is to breaking down in the environment. Read more