Why bother with the circular economy?

We are hearing more and more of the circular economy, an approach to resources that keeps materials away from waste, and brings them back into the productive economy. It rejects the status quo “take-make-dispose” linear economy in favour of cycling biological and technical materials.

It is an approach that goes beyond improving recycling. A circular economy is attempting to close the loop by influencing not just end of pipe recycling but also design, logistics and the entire value chain.

The World Economic Forum report Towards the Circular Economy: Accelerating the scale-up across global supply chains (“the WEF Report”) describes the scale of circular economy reforms:

…but markets don’t seem to be making it happen

The circular economy is an approach that feels obvious, even overdue. The sort of thing that has been talked about for decades but still isn’t happening to any real scale.

Our economy is still built around take-make-dispose, and economists will hesitate to describe such a situation as “market failure”. Insofar as they consider the problem at all, they look at the decisions of each of the actors in the marketplace and consider these decisions to be rational.

It is economically rational to extract resources through mining of virgin resource fields rather than through mining urban waste streams if the former is cheaper than the latter. Similarly, if landfill costs less than recycling of products into the circular economy, then the decision to landfill reflects an efficient market at work. Just because you don’t like the outcome, it doesn’t mean that the market has failed. 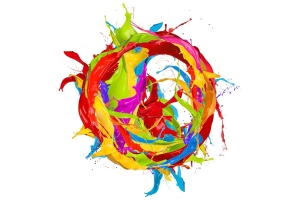 This reasoning was exemplified by the Australian Government’s Productivity Commission in its 2006 inquiry into Waste Generation and Resource Recovery. The inquiry report concluded that there is a role for landfill levies to cover the economic externalities from landfill disposal, however these externalities were estimated to be low (less than $5/tonne of waste for properly located, engineered and managed landfills that capture gas). The levies suggested by the Productivity Commission would be far too low to change landfilling behaviour.

The Productivity Commission made a strong case against a circular economy, instead arguing that the market should be left to determine whether resources are sufficiently valuable to recover or not. Governments should not intervene because they will interfere with the efficiency of the market by creating price distortions.

The Productivity Commission was particularly ambivalent about arguments for “resource efficiency” for materials that become solid waste (as opposed to fossil fuels that are burnt), arguing that these materials can be recycled “either immediately or through future mining of landfill” (p.112). That is, if there came a time when the price of already landfilled materials became high enough, then the landfills could be mined. It is an approach that ignores factors such as resource recycling, the contamination of landfilled materials by asbestos and other contaminants, or indeed the degradation of resources within a landfill.

Was the productivity commission wrong?

How, then, can the World Economic Forum (a forum of business leaders, politicians and economists) take the opposite view and support a circular economy for its economic benefits?

The key is that the Productivity Commission argues for a pure form of the marketplace logic. This logic builds upon the premise that actors in the marketplace make decisions to advance their own self-interest. From this premise, the economic rationalist argues that self-interest leads to efficient markets, and in turn to the greatest public good.

Appreciating the limitations of this view is important, as rational market decisions can, in aggregate, destroy the market. The ability for self-interested markets and market players to create system wide failure is simplest described by Garrett Hardin’s Tragedy of the Commons. Hardin described how self-interested individuals are able to make self-interested, rational decisions that lead to their own profit at the expense of the collective. In the absence of social norms to regulate this tendency, the end-point is the collapse of the market. This theory has been used to describe how over-fishing occurs, and the logic of pollution in general.

A blind faith in in unconstrained, unregulated markets is a very limited view. It is not a true picture. The true picture requires a broader field of vision, a vision that only governments (regulators) and strategic actors (such as the World Economic Forum) have, or are empowered with.

The case for government intervention

The underlying premise of the Productivity Commission that the market is efficient in its isolation is wrong. The market does not act in a vacuum, it never has. Government often intervenes to shift market behaviour, it always has. Intervention is always policy led, such as to develop under-developed resources (ports enabling coal mines) or to mitigate greenhouse gas emissions (bans on incandescent light bulbs leading to 90% cheaper LED bulbs).

It is neither unusual nor unreasonable to expect that Government should take a similar, policy-driven approach to removing the constraints that impede the circular economy. These might be constraints imposed by regulation (or a lack of regulation), incentive structures, public infrastructure or service provision.

So to answer the rhetorical opening question, we should bother with the circular economy because it won’t happen by itself.

Government can and should lead the way for a circular economy because the endpoint is an economy that is more valuable, creates more jobs, is healthier and most importantly, has significantly less impact on the environment. Individual businesses or sectors of the economy cannot do it by themselves. They do not have the market scope. They will act in localised self-interest, unable to overcome local constraints. Constraints that only government can overcome.

We need a circular economy commission

The circular economy is a profound shift in the market, a shift that can be led by the market if the various constraints are realigned. Understanding these constraints also requires focused inquiry.

A bold government would recognise the immense opportunity in fostering the circular economy, perhaps even forming a Circular Economy Commission akin to the Productivity Commission. A Commission that would look to untangle the thicket of obstacles that prevent the market from delivering on the benefits of a circular economy.

I encourage everybody to read the WEF Report. It makes a compelling case for relatively minor government intervention, and the very substantial benefits that flow.

As always, I welcome your feedback on this, or any other topic on ‘The Tipping Point’. If you would like to know more about the work we are doing and how you can get involved, please get in touch at [email protected].

This article has been published by the following media outlets: 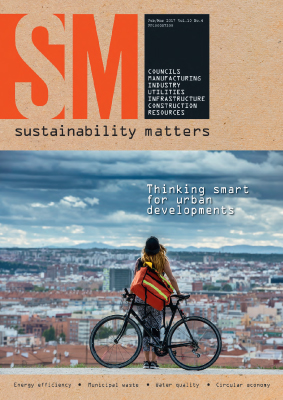 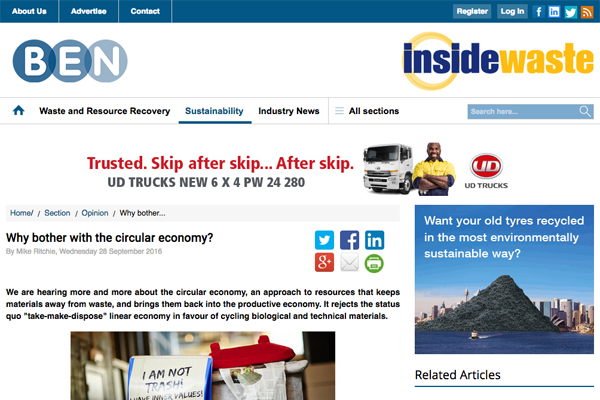 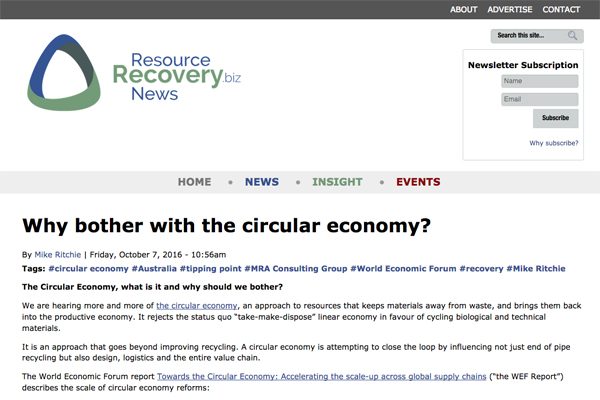